During April 2019, we asked our panel members about their voting preferences, perceptions of citizen inﬂuence on the Australian government, and their level of understanding of the important issues facing our country. To give some greater insights into the political leanings of our sample, we compared the answers of individuals from diﬀerent generations: Baby Boomers (born 1945-1960), Gen X (1961-1980), Gen Y (or Millennials; born 1981-1995), and Gen Z (born post-1995).

If an election was held tomorrow, which political party would get your vote?

Across our sample, 29% would vote Labor and 24% would vote Liberal if there was an election held tomorrow. There were 8% more left-leaning individuals who would vote for the Greens, and another 6% more right-wing individuals who stated that their vote would go to One Nation. Almost one in ﬁve Australians in our sample (18%) were undecided, stating that they were not sure who they would vote for.
Our analysis of generational diﬀerences revealed some fascinating, albeit expected, diﬀerences in voting preferences across the political spectrum. The youngest generation of voters, Gen Z, had the highest proportion of Greens voters (15%). Greens support reduces with each older generation: Gen Y (11%), Gen X (7%), and Baby Boomers (2%). In contrast, more right-wing support for the One Nation party was seen in the oldest generation in our study, the Baby Boomers, with 12% stating that they would give their primary vote for One Nation. There was markedly lower support for one nation across the younger generations: Gen X (5%), Gen Y (3%), and Gen Z (4%).

How much inﬂuence do ordinary citizens have on the government in Australia?

Do you have a good understanding of the important political issues facing Australia?

The majority of Australians (59%) agreed that they had a good understanding of the important political issues facing the country, while only 11% disagreed.

Where to from here?

It is clear from our analyses that there are generational differences in political party preferences. Does this mean that there will be a trend toward the selection of left-leaning parties and independents in the future, as Gen Z, Gen Y, and Gen X form the majority of the population? The youngest generation also has the largest proportion of undecided voters, in line with their perceived lack of understanding of the important political issues, compared to individuals from the other generations. Or is it an indication that we change our political leanings as we age? Of course, we cannot know this without studying individual’s political preferences over time.

The upcoming federal election will be an interesting one indeed – with issues like climate change, taxation, and government funding for health and education, there is currently strong competition between the two leading parties to win the votes of the Australian public. 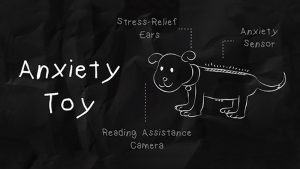 10daily.com.au: Boy’s anxiety-detecting toy makes it to the Australian Open

Originally published: 10daily.com.au, 19 January 2020 A passionate young schoolboy has used his own struggles with anxiety to invent a soft toy that could help other 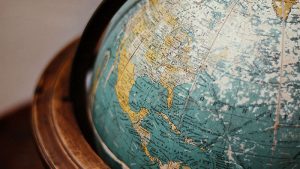 Originally published: Mortgage Business, 27 December 2019 A third of Australians are choosing travel over home ownership, with more than half of young adults saying they’d rather be 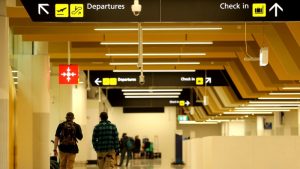 Originally published: The Age, 17 December 2019 A tourism industry survey of 2700 Australians has found that most would prefer a direct link from the city